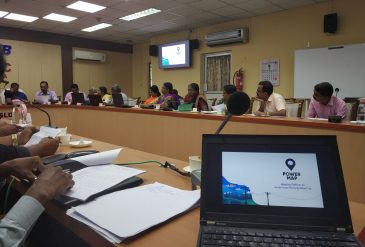 As part of the GIS project implementation at KSEB Ltd, we have conducted a training section on the data validation process using JOSM editor. The training was organized at KSLDC( Kerala State Load Dispatch Center) Kalamassery on 19th October 2019. The training was for the head of KSEB divisions throughout Kerala State. Around 30 staffs were present physically while staff from other districts joined through video conference. The director of Kerala State Electricity Board also joined the program later. The training program was two parts. The first part was a presentation on PowerMap Product, while the second part was managed by Mr.Asish on methods to clean up current data according to OSM standards using JOSM editor. Our team also decided to create an online group for consolidating various issues faced by staff during the cleanup process and documenting solutions for the same.